This post will focus on the things you can do with your network-connected Denon/Marantz receiver. I bought my Denon AVR-3808 in 2007, so it’s actually my very first IoT device. Unfortunately my receiver doesn’t support the newer HTTP/XML-based protocol or streaming services, but the old telnet-based AVR protocol still gives a lot of opportunities.

So without further ado, a walk-through of options I know of…

App control
Denon doesn’t support the AVR protocol in their app, so third party apps are the only options for me. If you have a newer receiver you won’t have that problem. I’ve been using AVR-Remote for Denon/Marantz for years. It’s a bit old, but still works.

Control with Yatse
Another use within Android is volume control and more within Yatse. Yatse is a full-featured Kodi remote control app and much more. If you have a Kodi media center and an Android device, you should definately give Yatse a chance. And if you use Yatse and own a Denon/Marantz receiver, you should try the Denon/Marantz plugin. Please note that this is a shameless recommendation, since I’m the developer of this plugin.

Control with Tasker
Into automation and using Tasker? Yet another use within Android. Use Denon/Marantz plugin to automate interaction with your receiver. Yes, this is the same plugin as mentioned in previous chapter. Example usages:

openHAB
Staying with automation, integrate your receiver into your home automation when using openHAB. I’m not using this binding myself, since it constantly occupies the only connection available for the AVR, so it would block all other usages. If you have a newer receiver, you won’t have that problem. Instead, I can integrate through the Logitech Harmony binding.

Linux shell script
I wrote this small script years ago and scheduled it to to be run by cron daemon on my server at midnight. Purpose was to save energy in case I’d forgotten to turn off my receiver. It demonstrates how to send a simple command from a shell script, but other than that it’s obsoleted today by openHAB rules or similar.

Logitech Media Server/Squeezebox plugin
For controlling volume from my Squeezebox Receiver I’m using DenonSerial v0.1.42 extension by Peter Watkins. I’m not sure where to find it today, as it’s quite old – but still working nicely. An alternative might be DenonAvpControl, but I haven’t tried that.

The purpose of this extension is to set fixed volume to 100% on the Squeezebox Receiver and instead control volume on the Denon receiver. Using this extension should work no matter how you control your Squeezebox Receiver. However, the app (or whatever) must support sending volume commands even for players with fixed volume configured. The Android app Squeeze Ctrl supports this. The ancient, but still excellent, Squeeze Commander does not. 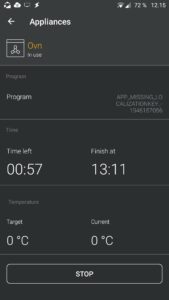